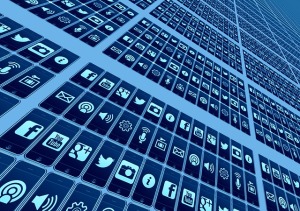 We started from the bottom and now we’re here, Taylor Nation.

First off, some ground rules. Here at the Swift Agency, just a guy who wakes up in the middle of the night with something to say, we actually like to enjoy what we do. I love writing and I’ve been a fan of Taylor Swift and the Agency for several years now. However, I am critical of how much the public at large tends to hang on every word and trend everything celebrities do. You might call me a hypocrite. I’m not condemning celebrity following as a whole, I’m criticizing the volume at which we consume it.

Please imagine that I’ve written, “In my humble opinion,” at the start of every phrase in this post (and every post I’ve written ever).

Fame is this fickle thing, as long as you have it brands will want to use you to promote their products and you can make a killing. Strangely enough, talent is optional and performing sometimes gets down to an appearance. The ability to instantly engage people’s attention makes for this awesome superpower where you can light up any subject you like and bring it to the foreground. Celebrities might not be the most ideal of activists. Certainly some make better judgements about how they participate than others.

Take for instance the once-controversial cause of feminism. Before we continue, here’s my credentials: I have none. I believe in gender equality. That’s it. If someone calls me a feminist, I won’t back away from the label but as a guy I’m really just an ally. Not every celebrity that comes out as a feminist becomes a role model because they’re still regular people. The role is complicated in real life. Labels often are, because we are human and we don’t fit just one label. I know a lot of people from both genders prefer the term humanist to distance themselves from seeming preferential. I have come to realize that I don’t mind the term either, because you can call yourself what you like. In the end labels never tell the whole story.

We are imperfect but we often put celebrities on a pedestal. So when a celebrity applies a label to his/her image, they might make the right choice but not the right actions. To add to the problem (because we humans love to overcomplicate things) everyone who identifies with that label suddenly becomes the police. Actually, you might be thinking to yourself that this post seems to be close to policing. For the record, you can be critical about someone else’s actions. It’s not illegal. I don’t believe telling someone in a friendly and constructive way to clean up their act is necessarily a bad thing. The problem is if you’re too high and mighty about it (still not illegal, but in bad taste). So when a celebrity slaps one label to their image and criticizes another celebrity about their commitment to the same label, that’s when for some reason it becomes a circus – because you know then it’s a fandom war.

Twitter wars (or Facebook, Instagram, etc.) don’t help anyone and belittle the cause. Of course we know that at that point it was never about the cause itself, you just wanted to make sure your idol comes on top on the same social media networks you frequent. The problem is people do it with such zeal that it’s almost like they’re fighting for their religion. I don’t like the word “idol” for that very reason, it’s a label I don’t really care for. I don’t idolize Taylor, but I understand why people think I do. I’m not in love with her, but I do have to put up with guys that are convinced that I’m only a fan because she’s good looking. I do consider her a muse (as in, a source of inspiration) since I’ve been able to write so many blog posts about her, but people just believe what they want.

The point (oh yeah, I have one of those) is that we define what we like, how we like it and how much we like it. I’ve heard a lot of people say they’re not fans of Taylor Swift’s music but love her personality. Some only love her music, but don’t know much about her life. I have things I’m not a particular fan of, yet I still call myself a Taylor fan. I wasn’t a fan of the celebrity parade trend at the 1989 World Tour concerts during “Style” (yeah, the “please welcome to the stage” parts). Luckily for me, she had nobody on the runway for that performance at the Montreal concert last year. I know why she does it, I know people enjoy it and Tay is a fan of celebs as well, but it perpetuates celebrity worship. In case you haven’t noticed, I only focus on certain news articles about Taylor Swift. These days, I’m more of a curator – a little more selective than inclusive.

I think some people do become amazing role models as activist of the causes they support. Not all those people are celebrities. Most of us (everyone) have a lot to learn and we make mistakes. Some of us are a bit more resistant to critiques or, in the worst case scenario, think we can do no wrong. That is rarely the case. Failure is always an option. And I’ll happily include myself in there. But we learn. I know I have a lot of learning to do. Just make sure what you learn comes from a trusted source and not just what is said in social media.

Just like eating, consuming celebrity news through social media must be done in moderation. Might help if we read some actual news sources once in a while. And speaking about everything in moderation – put down the cake down, Ninja Department.

Up next, a critique on the US electoral campaign. Just kidding. Don’t tempt me, though. Even though I’m Canadian, I’m sure I could find the right angle.

Coming up next in the Calendar:

One thought on “The Weekly Rant: Why extreme non-stop celebrity worship is not good for the soul”