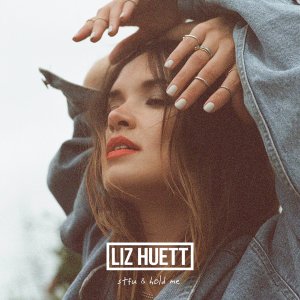 Liz Huett has finally revealed her new single “STFU and Hold Me” and a new stage in her career begins. She’s been teasing us with new music for what feels like an age, but she has not been slacking on the job. Her effort pays off in a ballad that is both gentle and sassy. This ballad is less saccharine and more sour candy and whiskey.

That’s kind of Liz’s image in a nutshell. She’s going for the main spotlight now, but she’s not leaving herself behind. The song works as both a more direct approach to a relationship and as a simple advice to anybody who’s debating whether she’s headliner material.

The candid language is just a more realistic way of cutting through the all the red tape. Relationships are messy and sometimes words get in the way. It also makes me think this is a way in which Liz is defining where and when that song should be sing. I don’t think morning shows will get why there’s a swear word thrown in there, but a real couple in a real grown-up relationship will understand a lot better. Not everything comes with an instruction manual.

The song works in melody and harmony for a solo singer with key backup points, but I wouldn’t mind hearing it unplugged. It is not overproduced, and there are no bells or whistles getting in the way of Liz’ clear voice. I think she has a solid first single of what I hope is an upcoming album. Even as a standalone, it’s worth a top spot on your playlist.

You can catch “STFU and Hold Me” on its several platforms here.