Forget UFOs, the most complex conspiracy theories are behind TS7, Taylor Nation.

What we got today is no less valuable. The Mother of Fighting Dragons With You has penned a personal article for ELLE UK magazine describing in essay form, what she sees as the current status of Pop music.

Some years back, actually a lot of years back, someone said of shy and humble T-Swizzle, and I am paraphrasing: “Taylor Swift is the only person that doesn’t know she’s Taylor Swift.” Feel free to let me know who the quote belongs to, although it might be stated differently. Let’s call this my inspired re-phrasing. What that meant, is that Taylor would not be one to take her fame for granted, or even believe the level at which she had achieved it.

It’s an endearing quality, but once you’re going for the top, some self-awareness of the pull of your brand is necessary. You can’t keep going without knowing where you are. Taylor can call herself no less than a professional successful songwriter and even that sounds too little for an artist of her stature. Nowadays, she is fully aware of where she is and she’s willing to acknowledge it. There is no false modesty in her writing, only real modesty because regardless of how much she changes, she stays the same in more ways than one.

“I’m highly biased,” writes the Blonde With The Sparkly Guitar. “But I think that the way music can transport you back to a long forgotten memory is the closest sensation we have to traveling in time.” She’s not alone in that theory. Most of us that have lived a considerable time in Earth have a reverence for nostalgic moments. Flavour, smell and sounds takes us back. Music is one of those magical flux capacitors capable of vividly calling back a moment from an age ago.

She’s also a believer of a common superpower that the Swift fandom attribute to music: the healing power of a particular song. “I’m convinced,” she writes, “that “You Learn” by Alanis Morissette, “Put Your Records On” by Corinne Bailey Rae and “Why” by Annie Lennox have actually healed my heart after bad breakups or let downs.”

I’m sure she’s heard the same of her own craft. So many songs of the Sparkly Dressed have nursed broken hearts back to health. I know, there’s video of fans telling her exactly that. I’ve also heard that countless times said by other fans, both young and old.

“The fun challenge of writing a pop song is squeezing those evocative details into the catchiest melodic cadence you can possibly think of. I thrive on the challenge of sprinkling personal mementos and shreds of reality into a genre of music that is universally known for being, well, universal.”

In that, she is the proper example and the mistress of communication. You can relate to a Taylor Swift song without having the same experience, just because you know the little details that can make it true. It’s like a depiction that you can only bear witness if you’ve been there, but that you can also recognize without being the one who experienced it.

Just for added illustration, let me give you some examples: 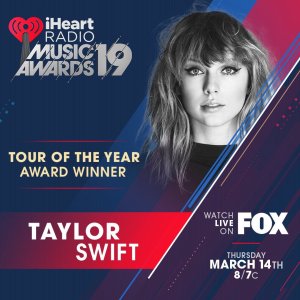 One thought on “To the Pop Power: Taylor’s songwriting essay for ELLE”