Spoilers? Taylor decided to give us a little tour of that backstage area that you’ve probably heard about. She put this out on her Instagram story, so I think it’s fair game.

It was the T-party on both the Fearless and Speak Now tours, Club Red during The Red Tour, Loft 89 during The 1989 World Tour and for the rep Stadium Tour it will be known as the rep room.

Okey, now that looks like some serious Thulsa Doom temple / Cobra green room kinda of place with those snake lamps! Give yourself 10 geek points if you get the Thulsa Doom reference.

And now, the throne… 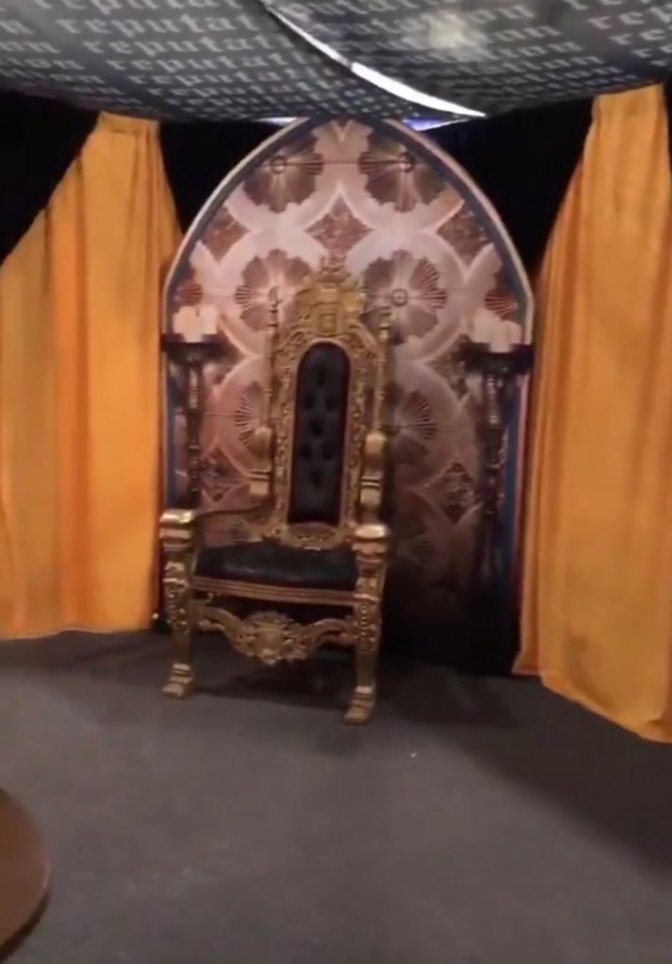 This is definitely going to be a photo op for everyone, specially when they bring in the live snakes. Just kidding, there won’t be any snakes. I think. Not sure. Tay has the final say on that one.

And now for something completely different, a Burton-to-this-Taylor reference… 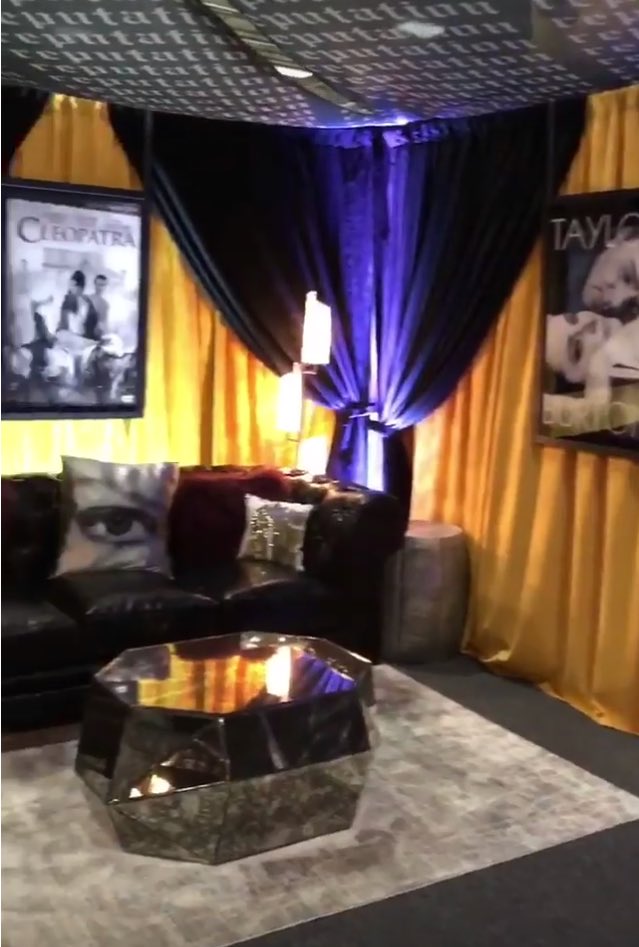 Of course the real appeal of this room is that you’ll get to meet the Blonde With The Sparkly Snake Microphone. So I can imagine people who started to make signs might want to do a little editing.

Taylor always has people going around picking up the craziest fans during the show, but the criteria is not set in stone. You basically have to stand out in the crowd. From what I’ve seen in past tours, they won’t always go for the loudest fan. I know most people don’t want to hear this, but don’t focus on getting into the rep room. Focus on enjoying the concert and have a good time.

Coming up on the Calendar!